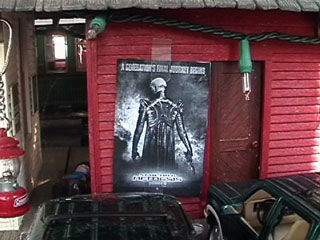 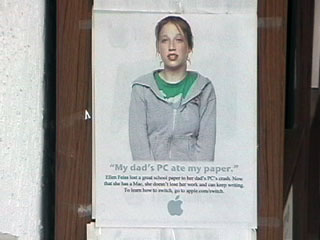 A new Apple billboard has been put up, replacing the older one. It features Ellen Feiss, one of the people in Apple's Switch ad campaign. She lost her homework to her dad's PC's crash. Don't forget to visit Apple's site and Apple's Switch site.